Mr. Osborne served in the Marine Corps from 1979 to 1987, During that time he was stationed at Camp Pendleton, California (3rd Assault Amphibious Battalion); Okinawa, Japan (12th Marines); Quantico, Virginia; Twenty-nine Palms, California; Cherry Point, North Carolina and Parris Island, South Carolina (Drill Instructor-1st Battalion, B Company). He was honorably discharged from the United States Marine Corps in the spring of 1987 and is a current member of the American Legion

Upon his return to Indiana, Mr. Osborne attended college at Ball State University in Muncie, Indiana, near where he was raised. At the conclusion of college, he was given the unique and exciting opportunity to be an intern for the Marion County Prosecutor's Office, where he worked with the Grand Jury Office, and was later assigned to work with Deputy Prosecutor Barbara Trathen in Major Felony. Mr. Osborne considers the time he spent with Ms. Trathen to be the force that drove him to be a Trial Lawyer and credits and thanks her for her direction and inspiration.

After College, Mr. Osborne attended and graduated from Valparaiso University School of Law. Upon completion of law school, he worked in the "region" (Northwest Indiana) for several years before returning to Indianapolis to establish The Osborne Law Firm. There he had the opportunity and honor to work with and for some of the greatest and most sincere people he has known in his life. The old saying that "tough times never last but tough people do" has been proven to be true time and time again by Hoosiers who persevere in the most difficult of situations.

In 2013, Mr. Osborne started working with Hocker Law, LLC. Personally knowing Janet Hocker since they were in law school, Mr. Osborne knew it was a perfect fit of legal philosophy and client focused practice. Together they have vowed to make sure that their client's expectations of fair and honest treatment are realized. 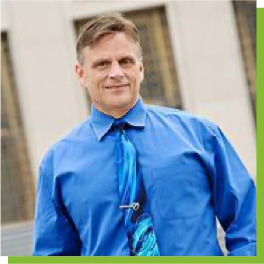 Brett lives in Indianapolis with his wife and two daughters; he is a proud grandfather to his first grandchild.