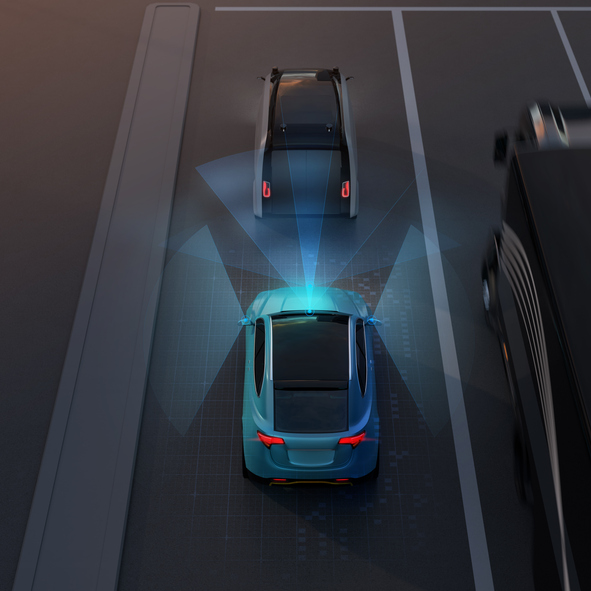 An Indiana Car Accident Lawyer Dives Into the Data

The federal government has put a challenge in front of automakers — find a way to build drunk driving-prevention technology into all new vehicles as early as 2026.

Congress is requiring car manufacturers to build new vehicles that come standard with anti-drunk driving monitoring systems. The mandate is part of the federal $1 trillion infrastructure package signed in November. Overall, the spending package includes $17 billion for roadway safety projects and car accident avoidance, according to the Indianapolis Business Journal.

Drunk driving, otherwise known as DUI or DWI, is at the front of people's minds again as the number of crashes has spiked. In the first half of 2021 about 21,160 people were killed in car accidents, the National Highway Traffic Safety Administration says. Among the major causes of fatal crashes are speeding, drunk or impaired driving, and not wearing seatbelts.

In any given year, about 30% of all fatal crashes in the U.S. involve alcohol.

Indiana DUIs have dropped by more than 40% since 2012, according to research, but rural areas continue to report large numbers of alcohol-related car accident deaths. A recent report identified which large, midsize, and small Indiana communities a person is most likely to be in a fatal DUI. The following are cities and towns with the highest fatal DUI crash rates in each category:

Over the three years studied by Valuepenguin, the DUI death rate in large communities was 1.98 per 100,000 people; the mid-size rate was 1.48; and for small communities, the rate was 2.55.

Auto manufacturers have options when it comes to installing anti-drunk driving equipment into new vehicles. There are numerous developing technologies, including:

There are many other examples of technology that seek to stop impaired driving accidents. Mothers Against Drunk Driving (MADD) recently identified 241 examples of such tech.

Technology to prevent drunk driving deaths and serious injuries are not the only safety improvements included in the new legislation. Other new rules that will affect auto safety include the requirements to equipment that:

The $1 trillion infrastructure bill doesn't only address safety upgrades for motor vehicles. At least $5 billion has been set aside to make roadways safer for all users including pedestrians, bicyclists, and other vulnerable people.

When someone else's negligence causes you to be injured in a car accident, you should understand your legal right to compensation. Accident victims may be able to seek compensation for medical bills, property repairs or replacement, mental anguish, lost wages, and decreased earning potential, among other things. Punitive damages may also be awarded in extreme cases, including those involving drunk drivers.

If you were injured or lost a loved one due to a drunk driving or impaired driving accident, contact Hocker Law, LLC for a free case evaluation. A member of our legal team can help you understand how much your claim is worth as well as your legal options.

Hocker Law has a long track record of successfully obtaining substantial settlements and verdicts for our injured clients. We have offices throughout Indiana, including one in Indianapolis.

Don't delay. The statute of limitations starts ticking down as soon as the accident happens. Contact us today to schedule a free case evaluation and find out more about how we can help you.