Is An Apartment Complex Liable for Negligent Security? 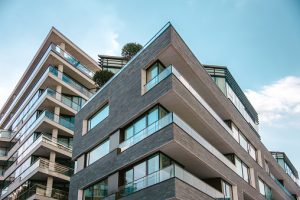 Recently, four families filed a lawsuit against an apartment management company and the security firm hired by the management company. The lawsuits allege negligent security in the death of their family members. The fatalities occurred at an apartment called Eureka Gardens in Florida. There were multiple separate shootings on different days at the apartment complex. These shootings resulted in the deaths of a 15-year-old visitor and a 22-year old resident, among others.

Plaintiff families claim the management company did not do enough to stop the repeated acts of violence at the apartment complex. The complex was the site of so many complaints and problems, Senator Marco Rubio called for a criminal investigation into its owner. Rubio toured the complex, which is part of a subsidized housing project, with the local mayor and city councilman, talking with tenants and observing conditions. In response to what he saw, he called the landlord a "slumlord."  News reports indicate he also told the executives, "I want you to know what you have done here is horrifying and inexcusable."

Typically, we do not expect one person or business to be liable for the wrongdoing of another. However, there may be grounds to assert third-party liability in cases where a defendant:

Rubio and other politicians were concerned with conditions at Eureka Gardens due to a variety of serious safety issues, including inadequate security in light of ongoing violence at the complex. Although the management company was provided with more than $6 million in taxpayer money, apartments had myriad problems including nonfunctional windows and old paint. Violence was also ongoing for years without adequate safety measures being undertaken.

Regardless of whether any criminal charges are filed, the families are now seeking to hold the management company liable for losses with a civil lawsuit. Civil claims for negligent security arise out of premises liability laws, which are laws imposing certain obligations on property owners. For example, property owners are required by premises liability laws to ensure their properties are reasonably safe. This not only means doing things like ensuring there's no dangerous lead paint or tripping hazards in lobbies, but also doing things like providing an appropriate level of security given the conditions in the area.

The management company for Eureka Gardens argues it did employ targeted security efforts, including some surveillance technology, in an effort to keep residents from being harmed at the troubled apartment complex in light of repeated acts of violence. However, this may not be enough to fulfill the company's obligations. A determination of the level of security which reasonably must be provided is made on a case-by-case basis given the circumstances. Since there were multiple shootings over lengthy periods of time, clearly whatever security steps were being taken were not sufficient and the apartment complex should have been aware of this due to the repeated violence.

It is not just landlords who must make sure a premises is reasonably secure either. Any property owner has security obligations and could potentially be held liable for losses for failing to live up to those obligations.