Co-Parenting After a Difficult Divorce 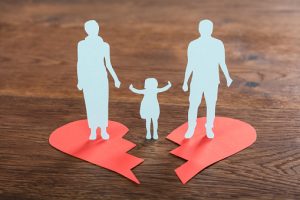 For many separated couples, the most difficult part of a divorce comes after the final decree has been issued. Working together with a former spouse in order to parent children can be emotional, frustrating, and confusing. It can, however, be made easier with appropriate boundaries and guidelines that all parties can understand and respect. The right legal tools can help make these guidelines clear and enforceable. An Indianapolis divorce attorney can help you create the co-parenting arrangements that are right for your family.

Custody orders entered as part of a divorce decree

A divorce decree can make many different provisions for the division of property, allocation of debt, tax liability, alimony, and similar matters. For parents, these financial orders are generally less important than custody awards. Section 31-17-2-13 of the Indiana Code allows a court to award joint legal custody if it finds that option to be in the best interest of the child. Joint legal custody does not, however, require an equal division of physical custody (See Indiana Code §31-17-2-14). This means that parents who are awarded joint custody may have an unequal schedule of parenting time.

So what is the difference between legal custody and physical custody? Legal custody refers to a parent's right to make important decisions about the child's upbringing. This can include decisions about medical care, education, religious upbringing, personal care and other life choices. When two parents share joint legal custody, each has an equal say in these decisions, and neither parent's preferences are superior to the other's. Physical custody, on the other hand, refers to the allotted time awarded to each parent. An award of physical custody must take into account the realities of a family's schedule. Parents' work schedules, a child's school schedule, and extracurricular activities can all affect physical custody awards. Because family schedules change so frequently, it is also common for parents to agree to deviate from the official plan in order to meet the child's needs.

Modifying custody arrangements after a divorce decree has been issued

Unfortunately, it is common for parents to struggle with custody arrangements after a divorce decree or paternity judgment has been issued. Some parents are able to work through these problems together in order to find solutions that are best for their children. Other parents need the intervention of a court or mediator in order to settle their differences. Parents have the right to petition the family court to modify existing custody orders. The court can only do so if: (a) the modification is in the best interest of the child, and (b) there is a substantial change in one of the statutory factors used to determine the best interest of the child (See Indiana Code §31-17-2-21).