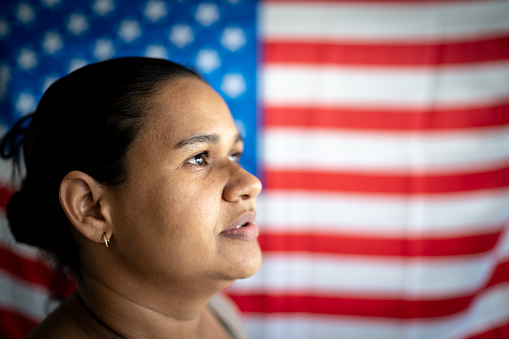 As Congress works on a budget reconciliation bill, 22 Democrats are calling on congressional leaders to include a pathway to citizenship – both for undocumented immigrants and citizens of other countries who grew up in the United States legally.

Earlier this month, the lawmakers sent a letter to Speaker Nancy Pelosi, D-Calif., and Senate Majority Leader Charles E. Schumer, D-N.Y. They noted that some immigrants were raised and educated in the United States as dependents on their parents’ work visas and asked that a path be established to help those immigrants get green cards.

Many of these immigrants remain in the United States but have aged out of their parents’ visas. They’ve been waiting for years for a green card as there is a years-long backlog. Some were dependents on work visas that don’t lead to a green card.

Members of Congress look for a solution

These “documented Dreamers” have limited options. They can switch to a student visa if they go to college. They can then try to find employment on a limited work visa. If they can’t get a visa, they have to “self-deport” to their country of origin, which they barely remember. Many are forced to leave their families behind.

The Deferred Action for Childhood Arrivals program was set up to provide work permits and protection from deportation, but only those with legal immigration status are eligible.

It’s unclear if congressional Democrats will include protections for these immigrants in the bill – or even if they can. The budget reconciliation process allows legislation to be passed by a simple majority, but only for measures that directly affect the federal budget.

White House Press Secretary Jen Psaki said President Biden would like to address the issue, but added the idea is not in current discussions on reconciliation.

“There is strong bipartisan support for providing relief to Documented Dreamers, and we ask that you consider including all Dreamers — both those who came to this country without documentation as well as young people who have maintained status as dependents — in any upcoming reconciliation bill,” the letter from lawmakers led by Rep. Deborah K. Ross, D-N.C. read.

Other legislation is also being pursued

In July, Ross introduced standalone legislation that would establish a path to permanent residency for children who grew up in the United States as work visa dependents. It would also protect some children of future work visa holders by freezing their ages at the time the parents apply for a green card. The bill has 15 co-sponsors, including six Republicans.

One signatory of the letter was Rep. Linda T. Sanchez, D-Calif., who has pushed for comprehensive immigration reform in the House. Another was Rep. Kathy Manning, D-N.C., a former immigration lawyer.

Immigrants serve a valuable role in the United States, but immigration issues involving visas are often confusing and subject to both federal and state rules and regulations. One mistake on a visa application can significantly delay the approval process. That’s why it’s important to have experienced legal representation.

Hocker Law, LLC has been helping immigrants with visa applications and other matters for decades. We know how to handle these complex issues and can guide you through the process every step of the way. Contact us to schedule a free consultation.