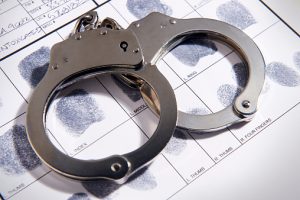 Sessions' predecessor Eric Holder had previously directed prosecutors to avoid filing charges with minimum mandatory sentences against those accused of non-violent drug offenses in favor of pursuing charges with more discretionary sentence length. Sessions asserted in his two-page memo that prosecutors shouldn't be "handcuffed" or "micromanaged." And yet, Sessions' directive indicates that U.S. assistant prosecutors wishing to deviate from the higher-level charge and pursue a lower-level charge must obtain special permission from a supervisor.

Some have opined that this move marks a return to the so-called "tough-on-crime" attitude that gained traction in the 1980s and 1990s - one our Indianapolis criminal defense lawyers had been concerned may make a comeback.

Although the directive from the Department of Justice won't affect state-level offenders (who collectively comprise the greatest portion of defendants/ inmates in the U.S.), Indiana has been no stranger to the reintroduction of minimum mandatory sentences for drug crimes after some reprieve.

You may recall, as the NWI Times reported in 2016, that then-Governor Mike Pence signed into law House Enrolled Act 1235, which reinstated 10-year minimum mandatory prison terms for persons convicted of dealing methamphetamine or heroin if that individual had a prior conviction for trafficking heroin, methamphetamine or cocaine. Although Pence touted this as a measure likely to drive down the scourge of methamphetamine addiction in Indiana, independent analysis in 2014 revealed only 4 of the 119 people convicted of trafficking in heroin or methamphetamine that year had prior convictions for drug dealing and were sentenced to less than 10 years prison time. Those four received an average or 7.5 years too, so it's not as if any were getting away with a minor slap on the wrist.

Drug defense lawyers in Indiana know this move instead took away discretion from both prosecutors and judges to seek appropriate sentences for each individual on a case-by-case basis. It was also somewhat short-sighted in a way because this discretion gave prosecutors the upper hand when it came to plea bargaining in these cases. When minimum mandatory penalties are involved in certain crimes, there is little incentive for a defendant to admit guilt. This not only results in more cases going to trial, it results in longer sentences that tax an already overwhelmed prison system.

Around the same time, Pence also signed into law Senate Enrolled Act 290, which categorized anyone caught with 28 grams or more of a controlled substance (10 pounds for marijuana) as being a drug dealer - even absent any other evidence the person was selling drugs.

At the federal level, a non-partisan federal task force in 2016 urged Congress to overhaul the nation's prison systems and lower the number of inmates by 60,000 over the next decade if they hoped to address prison overcrowding. The primary means of doing this, the task force urged, should be to reduce admission and sentence length for low-level, non-violent, first-time drug offenders.

Now, the DOJ plans may move us in the opposite direction. If you have been arrested for drug crimes in Indianapolis, we can help you determine the best course of legal action.