How Indianapolis Can Benefit From Truck Platooning Technology 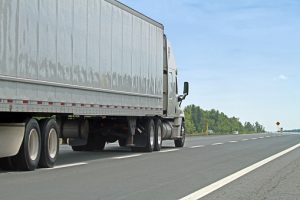 Partially autonomous cars are becoming an increasingly common sight on the streets of Indianapolis. These and other driving technologies have the potential to prevent accidents and save lives. They also have the potential to completely restructure the American trucking industry. Learn more about the safety potential of self-driving commercial trucks, and how accident victims' legal rights will be impacted when truck accidents are caused by autonomous driving technologies.

What is Truck Platooning?

Truck platooning is a process by which self-driving commercial trucks travel together on long stretches of highway. A lead vehicle is piloted by a human driver, and other self-driving trucks follow closely behind. The trucks are all connected digitally. This allows the follow trucks to immediately respond to braking or changes in cruise control made by the lead driver. The process also improves fuel efficiency, as following trucks benefit from the decreased wind resistance created by the trucks ahead. Current road regulations do not allow the technology to be widely employed with all autonomous features engaged. However, Reuters reports that several states have allowed limited testing of the technology (usually with human drivers in all vehicles, prepared to take over in the event that the self-driving features fail). Trucks.com reports that, after successful trial runs were conducted at Daimler's proving grounds in Madras, Oregon, the German automaker has received permission from the Oregon Department of Transportation to test platooning technologies on public roadways. The Federal Highway Administration also recently announced successful tests of three-truck platoons in Centreville, Virginia, just miles outside of the nation's capital.

Eventually, platooning technology will allow for one lead vehicle to be piloted by a live driver, while drivers in the trucks behind the lead vehicle sleep or rest. Platooning and other autonomous technologies have the potential to significantly reduce truck accident rates on the roads of the United States, where human error is one of the leading causes of fatal truck accidents. These successful tests raise interesting questions about the future of trucking on the roads of America, where the volume of freight moved by trucks is expected to more than double over the next twenty-five years.

How Will Injury Victims' Legal Rights Be Affected By Self-Driving Cars?

The expansion of autonomous driving technologies raises an interesting legal question: who is responsible for an accident caused by a self-driving vehicle? Though the situation is slightly different, the legal principle remains the same. Any person whose negligence causes an auto accident is legally obligated to compensate the injury victim for his or her losses. The Indiana Code makes many specific provisions to enforce these rights. For example, Section 9-21-5-1 prohibits driving at a speed that is greater than reasonable and prudent for current conditions. Such provisions can be used to determine legal responsibility

in an accident involving a self-driving vehicle. There are many different parties who may be liable for causing the self-driving vehicle to violate a roadway regulation. This can be an individual driver, or the transportation company which employs the driver, or state of local government which failed to maintain the roadway in a safe condition. Accident victims may also have claims against the manufacturer of an autonomous technology which malfunctioned, or against a distributor which placed untested technologies into the marketplace. An experienced Indianapolis truck accident attorney will ensure that injury victims receive the compensation to which they are entitled under Indiana law.