How to Handle an Indiana Hit-and-Run Accident 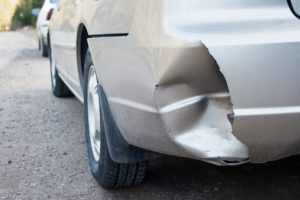 Victims of hit-and-run accidents are often seriously injured because of delays in getting medical assistance. Many hit-and-runs happen at high speeds, because drivers are drunk or otherwise breaking the law (this illegal behavior is what prompts the drivers to run). Victims of car crashes usually can file a civil lawsuit if they can show a driver is responsible. In a hit-and-run, however, the driver who may have caused the crash may not be identified.  This makes it harder for victims to get the money they need and deserve for their losses.

How to Make a Hit and Run Claim

If you get hit and the motorist who caused your crash leaves the scene, the first thing to do is to call the police. Contact law enforcement right from the crash scene. Try to provide as much detail as you can about who hurt you. If you saw the license plate, try to record it or take a picture or video with your phone. If you did not see the license plate, try to describe the car. What was the make and model? Police will not only want to talk to you but will also want to talk to crash witnesses to see if they can provide information about the driver who fled. Leaving the scene of an accident is a criminal matter, so there should be an investigation after any hit-and-run.

Even if you do not have uninsured motorist coverage, you may have other parts of your insurance policy protecting you, like collision coverage or injury coverage. Talk with your insurer to find out if you can make a claim and talk to an experienced auto accident lawyer about making an appropriate recovery for losses.