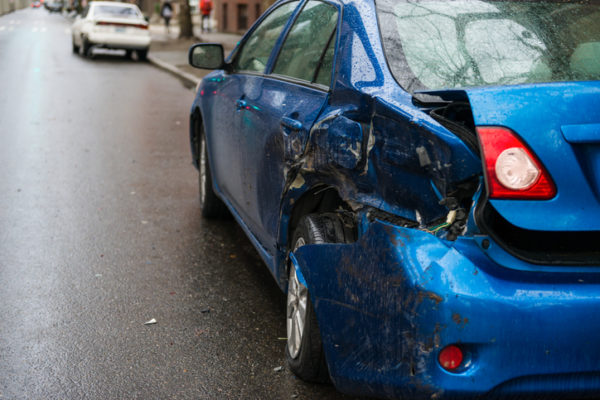 Most of the car accidents we hear about involve two or more vehicles that were in motion just before the collision. But every year, there are crashes involving stopped or disabled vehicles that leave people with fatal injuries. A new study has found lack of visibility was likely a factor in these accidents.

The study analyzed federal crash statistics and estimated that from 2016-2018, 566 people were killed and 14,371 injured each year in crashes involving a disabled vehicle when visibility was likely a factor. The study was conducted by the transportation analysis firm Impact Research and commissioned by Emergency Safety Solutions.

David Zuby, executive vice president and chief research officer at the Insurance Institute for Highway Safety (IIHS), said the study identifies “part of the road safety equation that doesn’t get much attention.”

The federal crash databases identify accidents involving stopped for disabled vehicles by code. The study authors then analyzed police reports from a subset of Florida crashes to estimate how many occurred because the stopped vehicle was not conspicuous to other drivers.

They found that 95 percent of inconspicuous-vehicle crashes happened when a car traveling down the road collided with a stationary vehicle. But more than half of fatalities – and almost 1 in 5 serious injuries – occurred when a car hit a pedestrian who was exiting, working on, or returning to the stopped vehicle.

An IIHS study found about 800 pedestrians are killed on U.S. interstates and other freeways yearly. An estimated 18% of these fatalities involved people stopped due to a disabled vehicle.

“These crashes illustrate the potential value of stopped-vehicle-ahead warnings, which are already provided by some navigation apps and could be integrated to work with advanced driver assistance features and more advanced driving automation,” said Zuby.

The study said that while technological innovations could help prevent such crashes in the future, there are several simpler countermeasures that could be effective.

For example, research has indicated that improving hazard lights to make them flash brighter and more frequently could make stopped vehicles stand out more. Hazard lights could also be triggered automatically if a vehicle becomes disabled.

Another countermeasure is adjusting existing “move over” laws that require drivers to change lanes when police and emergency vehicles are with a car that has been pulled over.

People are injured in car accidents – sometimes fatally – in Indianapolis and throughout Indiana every year. Lives are changed in an instant, and the aftermath of a crash can be difficult to navigate. Negligent drivers deny responsibility. Insurance companies challenge claims and make recovering financial compensation difficult.

That’s why it’s important to have an experienced car accident lawyer on your side. At Hocker Law, LLC, we fight to help clients get the compensation they deserve. We investigate crashes to get the facts and push back against insurance company attempts to pay you less. If you’ve been hurt in a car accident, contact us to schedule a free consultation.