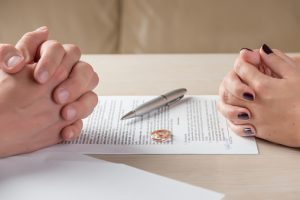 An update to Indiana divorce laws could be in the works.

The Rushville Republican reports that State Senator Mike Delph, R-Carmel, asked for a legislative committee to study Indiana's divorce laws over the summer. The Senate judiciary committee unanimously approved the measure and sent it to the Senate floor.

Indianapolis divorce lawyers will be watching the measure closely as it could have specific implications for a number of areas of family law, including spousal support. The case that got Delph interested involved a Zionsville mother of three who had trouble financing college expenses.

Indiana is one of the few states that does not generally recognize a spouse's right to alimony, although spousal maintenance can be awarded in some cases, including disability. Delph introduced a bill earlier in the session that would allow judges to issue educational support orders until a child reaches 26.

The committee also plans to review Indiana's no-fault divorce law, which has been in place since 1972. The law does not mean a spouse's behavior will not be considered when resolving a marriage dispute - either by agreement or by court order.

An experienced divorce attorney in Indianapolis can often help clients avoid common pitfalls as part of a comprehensive divorce agreement. Responsibility for higher-education expenses can be decided ahead of time. In some cases, as was the case here where the husband made 87 percent of household income, rehabilitative maintenance can be awarded for a period of time to help a spouse lacking in educational or career opportunities.

Whether ordered by statute or by agreement, either can be modified by the court under limited circumstances. However a court is likely to be disinclined to modify maintenance agreements and will likely look to the original divorce settlement agreement to establish intent (Zan v. Zan, 820 N.E.2d 1284 (Ind. Ct. App. 2005))

Indiana is an equitable distribution state. Equitable does not mean equal. In many cases, negotiating a settlement or winning an award for more than half a couple's assets is the best way to address current and future inequalities when it comes to wage earning and standard of living.

These are just a few of the reasons why consulting a qualified Indiana divorce attorney is a critical step, even when you believe you and your spouse can come to a fair agreement. Legal review by someone familiar with the common pitfalls can go a long way toward ensuring both parties are starting over with the benefit of a solid financial foundation.