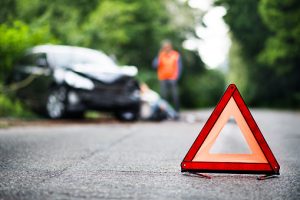 New research has found that accidents occurring in rural areas of the United States are more likely to be fatal than those occurring in urban areas. While this is concerning news for those Indianapolis drivers who frequently drive in rural areas, the research also reveals critical factors that can reduce the likelihood of being involved in an accident - and reduce the likelihood that injuries sustained in such an accident will be fatal. If you or a loved one has been injured in a car accident, contact an experienced Indianapolis car accident attorney as soon as possible. A lawyer will hold negligent drivers accountable for their dangerous conduct, in order to prevent dangerous car accidents in the future.

Why Rural Accidents Are More Likely to Be Fatal

The Centers for Disease Control and Prevention recently reported that, in 2015, only one-fifth of the population of the United States lived in rural areas, yet nearly 60 percent of traffic deaths reported that year occurred on rural roads. Interestingly, the number of crashes in urban areas was found to be higher, but rural accidents were far more likely to cause fatal injuries.

These findings were examined alongside another critical factor. Seat belt use was reported to be highest in urban counties and lowest in rural counties, and a significant trend was discovered by which seat belt use decreased as the rural landscape of the area increased. Seat belt use was also higher in primary enforcement states (in which failure to use a seat belt is a separate offense for which an officer may stop and cite a driver) than secondary enforcement states (in which an officer may only cite a driver for failure to use a seat belt after another violation has been observed).

Seat belt use is more than just a wise protective measure. It is also a requirement of Indiana state law. Section 9-19-10-2 of the Indiana Code requires that every occupant of a vehicle is equipped with a seat belt meeting federal safety standards. Indiana's seat belt law goes further than many other state laws, which only require front seat passengers or children to wear seat belts. This demonstrates how seriously Indiana law embraces the public policy of vehicle safety. It should be noted, however, that failure to wear a seat belt generally won't prohibit you from filing and winning your claim for damages. However, it may reduce your chances of receiving compensation.

Injury victims have the legal right to be compensated for their financial losses. Be sure to contact an experienced Indianapolis car accident attorney as soon as possible after any accident in order to protect this legal right.