Indiana lawyers weigh in on parental rights being terminated 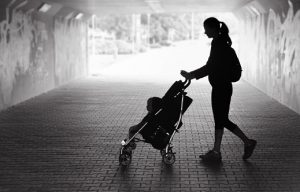 Poverty is a struggle that many families throughout Indiana face – with some parents having to work more than one job in order to provide for their children and make ends meet.

Sadly, many families living in poverty have found themselves entangled with the child welfare system. In some cases, poor parents are unjustly targeted by the Department of Child Services (DCS), according to The Times of Northwest Indiana.

According to the U.S. Department of Health and Human Services’ 2019 Child Maltreatment report, in 2017, Indiana had the third-highest rate of child abuse and neglect investigations in the United States – with a minimum of one investigation per 10 kids.

In addition, Indiana had the second-highest rate of abuse and neglect victims – accounting for 18.6 out of every 1,000 kids. Courts are involved in 75.4 percent of all statewide child abuse and neglect cases, which is double the national average of 29 percent.

Indiana also removes kids at double the national rate, with 12 kids per 1,000 placed into foster care in 2016.

Federal data shows that Indiana also had the third-highest rate of child fatalities due to abuse and neglect. That number grew from 34 cases in 2008 to 78 in 2017.

While we commend the efforts of child protective agencies removing kids from abusive and neglectful environments, there may be some cases where agencies overstep their bounds. One particular area where Indiana was higher than the national rate of alleged child abuse and neglect was a parent or guardian experiencing financial hardship.

Indiana defines poverty as a form of child neglect, citing a parent’s inability to provide necessary food, clothing, shelter, medical care, education, and supervision. Where do we draw the line when it comes to parental rights, however?

Kerri Raissian, an assistant professor of public policy at the University of Connecticut, co-authored a paper finding a link between poverty and child abuse and neglect.

Martin Guggenheim, a professor of family law at New York University, argues that no such link exists.

"I've been around people who used drugs of all kinds throughout their adult life, who drink to excess, who waste a considerable sum of their income on prescription, recreational drugs and/or alcohol,” he said. “And I've never seen one investigated by child welfare for it, and certainly none who lost their children because of it.”

What’s worse, many families living in poverty are unable to afford a private attorney, thus yielding an unfavorable outcome.

“Once they get their hooks in you, that's when it really matters if you have the financial resources to defend yourself or not,” said the subcontractor.

One Indiana parent had her parental rights terminated because she had a partner who was violent towards her and her home was in need of repairs The mother later left the abusive relationship, moved to a new apartment and found a full-time job. Despite being appointed a public defender, her two daughters were removed from her custody. She was eventually able to afford a private attorney but still hasn’t seen her two kids since 2017.

"The whole system is kind of like a setup,” she said. “If you don't have money and can't hire a lawyer to fight back, then you lose."

What legal options are available to parents?

State legislation may soon remove poverty as a form of neglect, but that won’t help parents who have already lost their children due to the current provision.

If your family is currently under investigation or you lost your children due to financial hardships, it’s critical that you speak to an experience Indiana family lawyer as soon as possible. While the attorneys at Hocker & Associates LLC agree that children should be protected from toxic environments, we want to make sure that you and your family are treated fairly.

We offer free, confidential consultations. We would like to discuss your matter and help you explore your legal options. Contact us today to learn more.