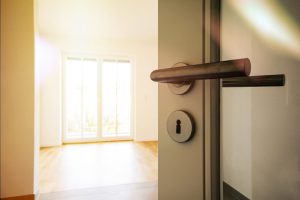 A new Indiana law backing limitations on short-term rental regulation (a designation primarily used by Airbnb rentals) was signed into law by Gov. Eric Holcomb (R). This measure grants homeowners the right to rent out their primary residence on online forums such as VRBO, Airbnb and HomeAway.

H.B. 1035 as passed allows for grandfathering in of communities that had already set regulation on such rental deals prior to this year. However, that won't include communities like the Indianapolis suburb of Carmel, which only implemented such changes earlier this year.

Communities like Carmel had intended to impose such restrictions to discourage homeowners from renting out their properties short-term, citing concerns about noise, trash, safety and other nuisances and hazards. Some describe drunken, out-of-control, firework-laden melees and individuals who have no respect for the property or surrounding residents.

However, those who regularly rent out their properties on such platforms say they rarely see such incidents and there is redress for individuals who violate the sites' terms.

The precise language of the law allows for:

This measure marked a significant scale-back from a proposal introduced last year that would have all but eliminated restrictions on short-term rentals. That came just one House vote shy of passing.

Now, Indiana is the fourth state in the U.S. (joining Florida, Idaho and Arizona) to expressly allow and shield short-term rental agreements under state law. The measure makes sense because Indianapolis is one of the top trending U.S. cities for Airbnb. A support for this measure helps fuel that growth further.

Furthermore, homeowners' associations are considered exempt, and may still prohibit or impose limitations on members' ability to rent out their homes.

If you're a homeowner interested in short-term rentals, it's best to speak to an experienced real estate attorney and find out what legal implications you may be facing.