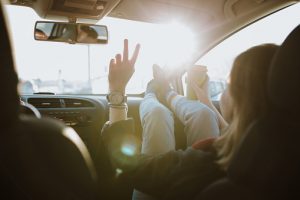 A new study finds that teenage drivers not only pose a threat to themselves because of their bad habits behind the wheel, but they put others who share the road at risk.

The American Automobile Association (AAA) study, released in May 2015, had some alarming findings. In car wrecks involving drivers between 15 and 19 years old, about two-thirds of the people who died were individuals other than the driver. And in 40 percent of the cases, the victims were in other cars or were pedestrians, according to a report in Digital Trends.

An experienced Indianapolis car accident attorney knows that many young drivers do act responsibly behind the wheel and may end up as victims of car crashes through no fault of their own. But due to their general lack of experience driving and other factors, teenage drivers do tend to have a higher rate of car accidents than more mature drivers. Sadly, car accidents for a long time have been the leading cause of death for teenagers between 15 and 19 who live in the United States.

AAA reports that 988 teenage drivers died in 2013, but these fatal accidents were also linked to many more fatalities and serious injuries. According to Digital Trends, there were 3,000 deaths and 400,000 injuries associated with these teenage driving accidents.

These are accidents that could be prevented if drivers made responsible choices. And one of the best decisions any driver can make is to avoid distractions. That means no texting, checking Facebook or talking on a cell phone. That means no attempting to multitask, such as eating, putting on makeup, adjusting a radio or fiddling with a GPS device. These are just a few of the distractions that contribute to serious car wrecks.

It's always a wise idea for parents to have a serious conversation with their teenage drivers about developing smart driving habits. Importantly, parents should be a good role model by obeying traffic rules, wearing seatbelts and avoiding the use of cell phones or other distracting gadgets behind the wheel.

Talk to your teen driver about high-risk situations:

Teenage drivers can prevent accidents by obeying the rules of the road, paying attention and exercising reasonable care. If you are involved in an accident, whether it's caused by a teenage driver or an older negligent driver, you should not wait to discuss your rights with an experienced attorney.