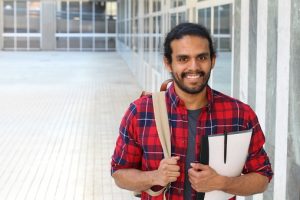 Undocumented immigrants in Indiana face many uphill battles, even those who are in the process of having a court decide their long-term fates.

One of those is faced specifically by young immigrants, some of whom may have lived here decades without even realizing their undocumented status, whereas others may have arrived more recently.

One such Indiana immigration case was reported by WFYI Indianapolis as part of The Teacher Project, in conjunction with the Columbia Journalism School. This case concerned a 17-year-old immigrant who arrived in the country nearly three years ago. A native of Honduras, his father disappeared before he was born. His mother left for the U.S. when he was a toddler, seeking a better life and trusting he would be cared for by his grandparents.

He fled when, as a young teen, he was being actively targeted for gang recruitment. His case is now in the hands of U.S. immigration authorities, who have allowed him to remain in the country until the court can reach a formal decision on his status. In the meantime, he is preparing to graduate high school. However, his lack of a green card means he does not qualify for either state or federal financial aid.

As discussed in the article, The Migration Policy Institute reports around 1 million youth with no clear legal status are students in U.S. schools, with about 65,000 of them graduating annually from high schools. According to the U.S. Department of Education, K-12 schools are required to educate minor children regardless of immigration status, but colleges aren't bound by the same rules.

Here in Indiana, undocumented immigrants are also barred from accessing the favorable in-state college tuition rates given to legal residents. That means while the average Indiana college student might pay $8,000 annually in tuition, their undocumented counterparts must pay the out-of-state tuition of $24,000 a year. With these impediments, only about 5 to 10 percent are able to enroll in college and only a fraction of them actually graduate.

Those who are in this situation and need guidance through the immigration system in Indiana should consult with an experienced immigration attorney as soon as possible. We can discuss your options and guide you through the process.