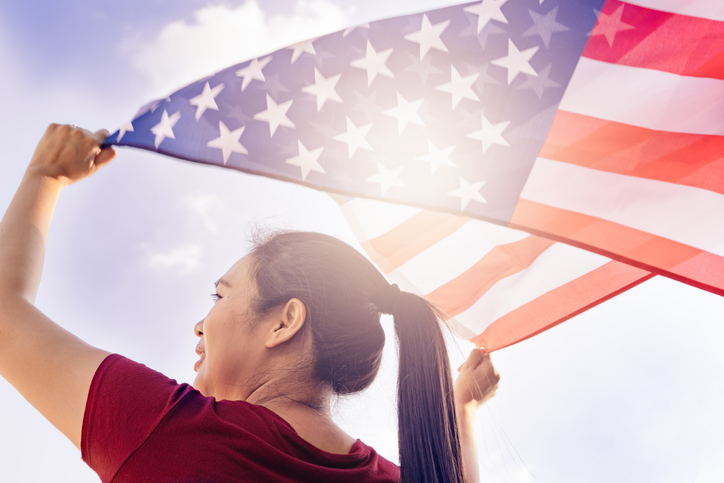 Vice President Kamala Harris recently made her first trip to the U.S.-Mexico border since taking office in January.

During the half-day tour of El Paso, Texas, immigration facilities, Harris gave an address. She spoke about the purpose of her trip and the role of the Biden administration in improving the American immigration situation.

Shet said immigration has become too much of a political wedge in the U.S. She says immigration isn't just laws and fences. These are real children and families showing up at America's borders desperate for a better life. The approach to immigration, she says, has to be "thoughtful and effective."

Harris says the Biden administration is shifting away from the harsh, family-separating border immigration policies of the last president.  Thousands of families were separated at the border during. Many of them have not been reunited years later.

The U.S.-Mexican border has been incredibly active over the last 5-10 years as caravans of people fleeing violence in Guatemala, El Salvador, and Mexico have come here seeking protection and a better life. A surge of 180,000 people have attempted to cross into America during the first month's of Biden's presidency. This is the most since March of 2000, according to the Indiana Gazette.

There does not appear to be a new plan in development or in place to address the influx of people on the U.S. border. Proposals to create a pathway to naturalization for border immigrants have been mostly ripped apart by politics. The DREAM Act, which would allow the best and brightest children of people living here illegally to gain permanent residency, rises from the dead every few years only to be crushed again by political rhetoric.

Harris says she and Biden inherited a tough immigration situation from the previous administration, but that the Democrats have made advances over the last five months.

In that time, Biden has issued three executive orders to improve the asylum process, reviewed the last president's policy of putting road blocks in front of low-income applicants, and created a task force to reunite families separated at the border.

Biden also threw out the last administration's ban on travelers from Muslim countries and repealed an order to aggressively enforce border control with no discretion. The president also halted installation of the border fence.

In 2019, about 45 million immigrants were living in the U.S., accounting for almost 14 percent of the nation's population, according to Migration Policy Institute, a nonprofit think tank. Most of these people have been in the country since before 2000. The largest groups of immigrants to America are coming from 10 countries including (from most immigrants to fewest):

However, the countries that had the largest year-over-year increase in immigrants coming to America were Venezuela, Afghanistan, Nepal, Myanmar, and Nigeria.

States with the largest or fastest growing immigration populations

The top five states where new immigrants settled, from 2010-2019, are Florida, Texas, California, Washington, and New Jersey. The states that are seeing the largest increase in immigrants over the last 10 years are:

Immigration matters to us

In Indiana, officials estimate there are 92,000 undocumented immigrants living in the state. About 60 percent of these people have been living in the U.S. for more than 10 years.

Hocker Law, LLC, helps many people immigrate to the U.S. Our firm knows how to handle:

Conveniently located in Indianapolis and Greenwood, Hocker Law, LLC, offers free case consultations to people seeking immigration help regardless of your paperwork or legal status. A member of our legal team will listen to the details of your situation and your needs. We can help you understand how the law applies to your specific case and weigh your best legal options.