Do women face higher risk of injury in car crashes? 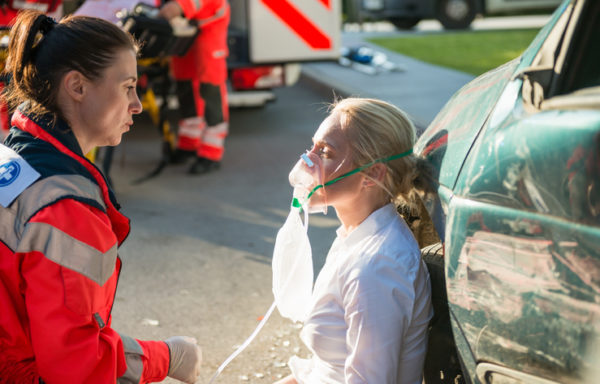 A study finds women suffer more serious injuries than men in car accidents. Why is that the case? To understand what's behind the trend, you need to consider the type of vehicle they choose.

Research by the Insurance Institute for Highway Safety reveals that women are more likely to drive smaller, lighter vehicles than men. While more research is needed, the study finds that the size of the vehicle being driven and the circumstances of how the crash occurred play a more significant role in a person suffering an injury compared to just the physical differences between men and women.

Here's what the researchers learned

The IIHS considered injuries sustained by men and women in front and side crashes from 1998-2015. The crashes involved vehicles that were towed away.

Here are the key findings:

Researchers looked at accidents involving larger vehicles, such as SUVs or minivans. They found injury rates were roughly the same for men and women in the bigger cars. In the study, IIHS researchers found that 70% of women in crashes drove passenger cars, while only 60% of men were in smaller vehicles. Over 20% of men involved in crashes were driving pickup trucks, while by comparison, just 5% of women were behind the wheel of pickups. Without a doubt, the study shows that larger vehicles offer more crash protection than smaller cars.

Researchers found men were more likely to cause the initial collision in front-to-rear and front-to-side (T-bone) accidents. In such accidents, those who are driving the vehicle that strikes the other one first tend to have a lower risk of serious injury. The study also concluded that women were more likely to sustain moderate and severe leg injuries than men. Even though overall more men than women die and are injured in car crashes, women are more likely than men to be injured in any given accident when compared to accidents with similar conditions.

A lawyer can help if you’re hurt in a crash

If you were injured in a car accident, seek medical attention as soon as possible. Even moderate injuries, as described in the study, can get worse over time if left untreated. During your medical exam, a doctor might discover complications that require lengthy treatment, surgery, or physical therapy. You may need to limit your activities and take time off from work as you recover.

At Hocker Law, LLC, our highly skilled attorneys know how to handle anything insurance adjusters throw at us and will fight for the compensation you deserve. Contact us today for a free consultation. We have offices conveniently located in Indianapolis and Greenwood, Indiana.